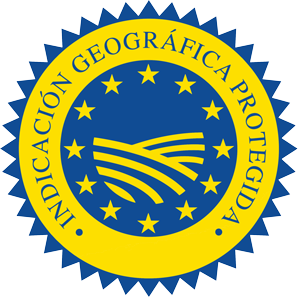 Food quality systems with institutional recognition are regulated, in the scope of the European Union, by the Community Regulations 2081/92 and 2082/92. This means that, in order to be able to make use of this official quality recognition, some very demanding quality levels and very strict controls must be achieved, which guarantees that all Denominations recognised at the European level achieve the same standards and quality levels, regardless of the country where this product is manufactured.


The Official Journal of the European Communities of December 29, 2001 enacted the 260/2001 Regulation, by which the European Commission granted the Salchichón de Vic and its Regulating Council the European distinction of Protected Geographical Indication (PGI), a reason by which the distinctive community mark that thus credits it is incorporated in its labelling.


As a consequence, the denomination “Llonganissa de Vic” or that of Salchichón de Vic remain protected, and only those companies which strictly observe the above mentioned Community Regulation can make use of it.

The protection in the use of the name Salchichón de Vic / “Llonganissa de Vic” is gathered at all levels. Thus, we find that, at the level of the autonomous region of Catalonia, the Official Journal of the Generalitat of Catalonia (DOGC) published, in June 5, 2000, the Order of the Agriculture, Cattle Raising, and Fishing, by which the PGI Salchichón de Vic was approved.

Subsequently, the Official Estate Bulletin (BOE) enacted, in April 17, 2001, the Order of the Ministry of Agriculture, Fishing and Food, by which the Regulation of the PGI Salchichón de Vic is ratified.

Finally, this process of recognition and protection of the product culminated with a first publication in the Official Journal of the European Communities (OJEC), in March 27, 2001, where the conditions of manufacturing of the product were gathered and, finally, in December 29, 2001, the Regulation 2601/2001 was enacted that granted this recognition and protection to the Salchichón de Vic in all the scope of the European Union, including this product among those that enjoy the consideration of Protected Geographical Indication within the scope of the European Union.


On the other hand, the Official Gazette of the Generalitat (DOGC), dated September 10, published the announcement announcing the request for modification of the Protected Geographical Indication of Llonganissa de Vic or Salchichón de Vic, and its updated single document. Later, on October 1, the Official State Gazette (BOE) published the announcement of modification of the IGP Salchichón de Vic.


In 2016, the Official Gazette of the Generalitat de Catalunya (DOGC) publishes, on February 25, Resolution ARP/415/2016, of February 9, which adopts the decision favorable to the request to modify the Geographic Indication Protected Salchichón de Vic and subsequently, the Official State Gazette (BOE) of April 14, publishes this announcement of the Dept. of Agriculture, Livestock, Fishing and Food of the Generalitat.

The Official Gazette of the European Union (DOUE) has published on February 27, 2018, Commission Implementing Regulation (EU) 2018/287 of February 15, 2018, which approves a modification that is not of minor importance of the specifications of a name registered in the Register of Protected Denominations of Origin and Protected Geographical Indications [«Salchichón de Vic» / «Llonganissa de Vic» (PGI)].

In 2019, the Official Gazette of the Generalitat de Cataluña published, on May 24, Order ARP/105/2019, of May 20, which modifies the Regulation of the Protected Geographical Indication of Salchichón de Vic or Salchichón de Vic, approved by Order AAM / 311/2013. With this Order, the regulation that had to be amended was modified as a result of the modification of the terms and conditions that had to be published in 2018.

The Official Gazette of the Government of Catalonia of 29 July 2020 has published Resolution ARP/1851/2020, adopting a favourable decision on the request for minor amendments to the Salchichón de Vic Protected Geographical Indication.


Also, the Official Estate Bulletin (BOE), of 5 August, published the Notice from the Department of Agriculture, Livestock, Fisheries and Food of the Generalitat of Catalonia, publicising the Resolution adopting a favourable decision on the application for a minor amendment to the Protected Geographical Indication Salchichón de Vic.

On February 26, 2021, the modification of the logo of the PGI Salchichón de Vic was published in the DOUE, through the publication of the single document modified as a result of the approval of a minor modification in accordance with article 53, paragraph 2, second paragraph, of Regulation (EU) No. 1151/2012.

We use our own and third-party cookies to improve the browsing experience, and offer content and advertising of interest. As we continue navigation, we understand that our Cookies policy
+ Techniques and functional
They cannot be disabled
Are those that allow the user to navigate through a website, platform or application and use the different options or services that exist therein.
+ Analytical
Disable / Activate
Are those that allow the person responsible for them to monitor and analyse the behaviour of users of the websites to which they are linked.
+ Advertising
Disable / Activate
These are those that allow the management, in the most efficient way possible, of the advertising spaces that, if applicable, the publisher has included in a web page, application or platform from which it provides the requested service based on criteria such as the content edited or the frequency in which the advertisements are shown.